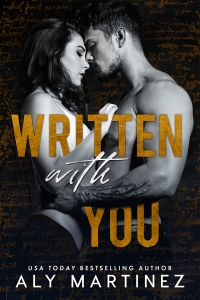 When I was fifteen, a single bullet changed my life. I spent the next decade trying to outrun the devastation of my past, building an empire that would shield me from whatever life could throw at me.

But all the money in the world couldn’t help me when I found a screaming newborn abandoned on my doorstep.

I’d never wanted to be a father. Passing the sludge that ran through my veins down to an innocent child seemed like a tragedy. But there she was—pink cheeks, red hair, and mine.

Somehow, against all logic, that little girl became the best thing that ever happened to me. It was impossible to stay lost in the past when I was the only one who could protect her future.

Which is exactly why, when her mother came back four years later, I was ready for battle.

If only I could stop myself from falling in love with her during the war.

The baggage we both carried was daunting. And it was the permanent kind that wasn’t going to disappear into nothingness. But maybe it would fade. With time. With happiness. When the good times we’d create together finally outweighed the bad. We were going to have to fight for every moment of peace from now until eternity. But there was no one in the world I would rather have on my side.

INCREDIBLE!! The conclusion to ”The Regret Duet”completely surpassed my expectations. Book one ended with a HUGE and crazy reveal. I thought that plot twist was heavy enough to carry through to the end of the duet, but oh no, Aly Martinez with her clever writing, went and added another mind-blowing reveal in the story that I never saw coming!

I have read several books by Aly Martinez and have loved the majority of them, but this series has won its spot as my top favorite by this author. I loved Caven even more in book two. His love for his little girl and the woman who was his true soul mate catapulted him into top best book boyfriend status.

If you haven’t started this series yet, I highly recommend that you bump it up your TBR list. This story is going to hold you captive and you’ll love every minute of it!

”WRITTEN WITH YOU” is currently available!