Dr. Easton is part man, part myth.
He’s a formidable surgeon. Highly respected in his field.
He also happens to be an ex-collegiate quarterback with a classically handsome face.
Are you catching on yet?
He’s horrible.
Beautiful.
A walking Ralph Lauren ad.
He’s also so off limits he should come with a warning label: This way lies heartache.

Not only is he an attending at the hospital where I’m training, he’s also my brother’s best friend. If you’ve lost count, that’s two reasons why I plan on putting this ridiculous crush behind me. Besides, it’s definitely not mutual.

Dr. Easton has never once paid me special attention. No tempting smirks. Not even one subtle innuendo. To him, I’m just another resident—all but invisible.

For the last five years, I’ve mentored Natalie in the OR, stayed in line, and kept my hands to myself, but it’s been agonizing.

Natalie is trouble in scrubs. A walking temptation I’ve been forced to ignore.

For so long, I’ve wanted her in silence. By the time fate finally gets around to throwing me a bone, my patience has run out.

Natalie’s brother is leaving town, and he wants me to watch over her while he’s gone.

He has no idea how I feel about her.
Neither does she.
But she will.

Haven’t you heard good things come to those who wait, Natalie?
Well… I’ve done my waiting.

A small part of me will always think of him as unattainable. A man I’ve had a crush on for years. A man I’ve watched and wanted from afar. A man who’s friends with my older brother and therefore, inherently off-limits.

Natalie and Connor are doctors at the same hospital. Connor has also been Natalie’s supervisor in the past, but now she’s finished her fifth year of residency and she is starting as an attending in the BICU. This is not their only tie to each other. Connor is her brother’s best friend and has been the secret object of her affections for many years. Little does she know that Connor has been crushing on her as well. Now the two are going to be roommates for the next few months, while her brother is away for work and Connor’s townhome is under renovations. Connor is no longer able to bury his feelings for Nathalie and he’s making it known that he’s in pursuit of her. Usually, with this trope, the couple deals with hiding their relationship from the older sibling, and while that was one of the minor obstacles in their way, the biggest issue was Natalie’s inability to read the situation. Connor all but spelled out what his intentions were towards her but Natalie blindly stuck to her insecurities that seemed to have no basis. She’s spent most of her life focusing on her career and closing herself off to personal relationships that it has become somewhat of a handicap for her. She’s unable to pick up on very blatant social queues. 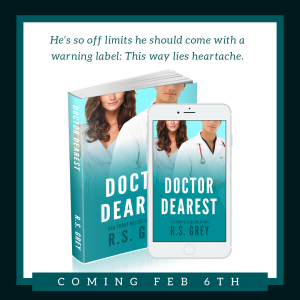 I’d have liked it if the angst had stemmed from different circumstances but overall, I thought the book was entertaining.