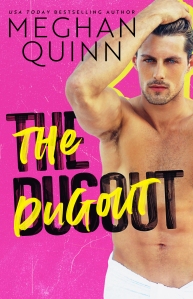 Let me ask you a question:

If someone is vying for your spot on a team and just so happens to injure you during practice, would you believe it was on purpose?

Word around campus is . . . it was no accident.

That injury has cost me everything; my starting position, my junior year—and the draft. Now, I’m a senior fresh off recovery, struggling to find my groove, until the day I run into a nervous, fidgety, girl with freckles, in the dining hall.

They call Milly Potter The Baseball Whisperer, The Diamond Wizard, and The Epitome of All Knowledge. She believes in baseball. She breathes it. She’s the queen of an infamous dynasty, but no one actually knows who she really is, and she plans to keep it that way.

One mishap in the panini line, one miscommunication in the weight room, and many failed attempts at an apology equal up to one solid truth — Milly Potter never wants to speak to me again — no matter how good my forearms look.

Little do we both know, she’s about to become more than just my fairy ballmother.

Milly’s interesting, different, and possibly dangerous to my heart. I can feel it deep down. She was brought into my life for a reason and not just to help my swing, but something so much more than that.

If you’re looking for your next fun and sexy five star read, then ”THE DUGOUT” is the book for you. I love a good sports romance/romantic comedy, with just the perfect dose of angst to put me through a little emotional torture as well. Not only did this book have all my favorite elements it also had the perfect charismatic Hero and a truly loveable Heroine. This is a book that you will get so completely lost in that you won’t even notice the time that has passed while reading it. 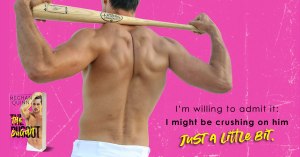 Carson Stone was one of the hottest second basemen in the world of college baseball. In his junior year, he was on the fast track to being the #1 MLB draft pick, but then an injury to his Achilles tendon put his dreams of the major league on hold. A year later, his injury has healed but his batting performance has become less than stellar. Carson is in desperate need of some help. He never would have imagined the tiny college coed with the cute freckles and nervous stutter would be his ultimate coach.

Milly Potter grew up in a family that breathes, sleeps and eats baseball. Her father and three older brothers all played the sport and her oldest brother is one of the hottest stars in Major League Baseball. Milly has a part-time job as an athletic trainer for Brentwood University’s golf team and also coaches little league in her spare time. She goes to every Brentwood University baseball game and spends that time taking videos of the players’ performance so that she can study their moves and determine where improvements are needed. She knows exactly what Carson’s problem is and when she successfully shows him where he’s making his mistakes, he is completely shocked and impressed. Milly helps Carson improve his game and soon he’s back to being one of the #1 MLB draft picks.

Carson is incredibly drawn to Milly but has a hard time reading her, and Milly is equally attracted to Carson but is convinced he’s placed her in the friend-zone. Once their romance takes off, and life couldn’t be any more idyllic for the two, Carson and Milly’s relationship is put through the ultimate test and the most awful angst ensues for what seemed to be an eternity for me. Will their love survive?

”THE DUGOUT” is currently available! Make Carson Stone your date for this upcoming weekend!