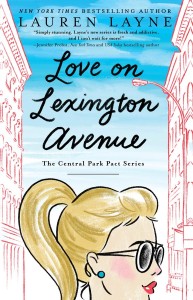 There’s never a bad time to fall in love in the city, right? Wrong. According to the recently-widowed Claire Hayes, it’s very, verywrong. In fact, after finding out her late husband was a liar and a cheat, Claire’s convinced there’s never a good time for romantic notions. Determined to rid her home of anything that reminds her of her philandering husband, Claire sets out to redesign her entire Upper East Side brownstone and make it her own. But when she meets gruff and often-cantankerous contractor Scott Turner and realizes not all men are scumbags, Claire must decide if she’s ready to risk her heart again.

Scott needs a change of pace from the corporate offices and swanky hotels he’s been building lately, and bluntly makes it clear to Claire that he only took on her house for that reason, adding that he has no patience for a pampered, damaged princess on his job site. But when long work days soon turn into even longer nights, their mutual wariness morphs into something more complicated—a grudging respect, and maybe even attraction…? Scott knows he’s not one to settle down, but then why can’t he bring himself to put the finishing touches on Claire’s house and move on to the next job?

Filled with laugh-out-loud scenes that blend perfectly with the touching friendships Layne brings to life on the page, this “hugely entertaining” (USA TODAY) novel is perfect for fans of Lauren Weisberger.

Something about Scott had wiggled beneath her defenses, slipped beneath the jaded cynicism that had been so firmly in place since Brayden died. She desperately wanted to believe that she’d be able to separate sex and emotion, but she was no longer certain she could. Not with him. 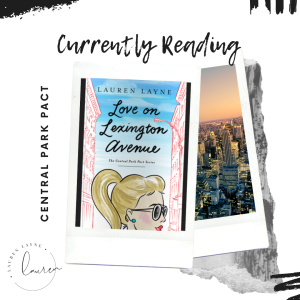 The women who formed the ”Central Park Pact” are back and now it’s the scorned widow who gets her chance at true love. Claire Hayes is cultured, refined and very reserved. Her dead husband’s betrayal affected her deeply. She may have met two women who became her dearest friends but her heart and self-confidence suffered tremendously. Claire no longer believes in true love, but she can’t deny that she has physical needs that a one-night stand might relieve. She’s never had sex without it turning into a long term relationship and it’s been a while since she’s been out in the dating scene. Claire enlists the help of her reluctant contractor.

Scott Turner is everything that Claire never considered to be her type. He’s a blue-collar, flannel shirt wearing, rude and sometimes abrasive man, but she also can’t seem to stop her growing attraction to him.

The sexual tension builds between them until they can no longer fight it. They agree to a no-strings-attached, friends with benefits arrangement when deep down they’ve already started to form intense feelings for each other. Will the Central Park Princess finally find her Prince Charming??

I love a good “opposites attract’ romance, especially when it’s between a city girl and a rough around the edges alpha male. Claire and Scott had great chemistry. While the story started rather slow, it ended up being thoroughly entertaining. I am looking forward to the third and final installment!