Those are Jackson Jennings, Jr’s three mantras . His entire life, he’s been a trained athlete with only one end-game: the Pro’s. No girls. No parties. No alcohol.

Every Friday night, Triple J cruises the strip on campus, bored, lonely and conditioned not to party. But the night he meets Charlotte Edmonds on the side of the road, he wonders if his three mantras will ever be enough.

Charlie has no time for Jackson’s antics. Not when he’s stealing her food or teases her to no end, making her tingle in all the right places. But if she’s ever going to have a boyfriend, she’d choose one who isn’t a Neanderthal. One with manners and actual time to spend with her. Not a hulking man-child who cruises the strip at night, in his Big. Dumb. Truck.

I kiss his majestic nose again. Again. Loving every second of it, cherishing this moment, hoping to remember it forever, no matter what ends up happening with us. We may not have a happily ever after—only time will tell—but we’re happy now, and I want to touch his soul—and his body 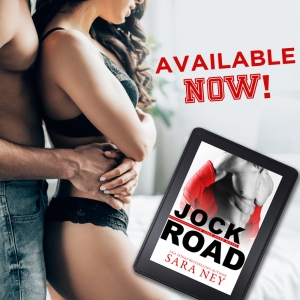 The ”Jock Hard” series is my favorite of Sara Ney’s works. In ”JOCK ROAD” our alpha male Hero is Iowa States’ famous wide receiver, Jackson Jennings, aka ”Triple J”. He’s a hulking specimen of a man but with the innocence of a prepubescent young boy. He’s a Hero readers will find it hard not to fall in love with. Charlotte, aka ”Charlie”, Edmonds, our Heroine, is a spitfire who is not at all threatened by Jackson’s size or in awe of his status of being the next #1 NFL draft pick. These two get off to a very rocky start but their journey is filled with a lot of laughs and equal amounts of heartfelt moments.

Since a very young age, Jackson’s father has ingrained in his head that football is his life. There is room for nothing else, especially women. At twenty-two, he’s never once defied his father and that is why he avoids temptation by spending his Friday nights cruising down Main Street for fun. Little did he know that his tailgating and his truck’s offensive high beams would introduce him to the woman who would have him questioning whether there was more to life than just football.

Jackson is a walking contradiction that becomes a refreshing surprise to Charlie. It’s on their first date that she realizes that he’s out of his element and just as insecure as she is. She knows that if she doesn’t keep her defenses up, that she’ll be heading towards inevitable heartbreak. After just one kiss, Jackson is completely smitten and realizes he’s never felt what it was like to truly live until Charlotte walked into his life. Can he have the girl plus a career in the NFL? 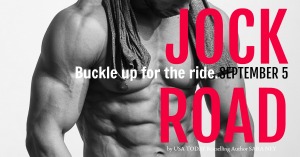