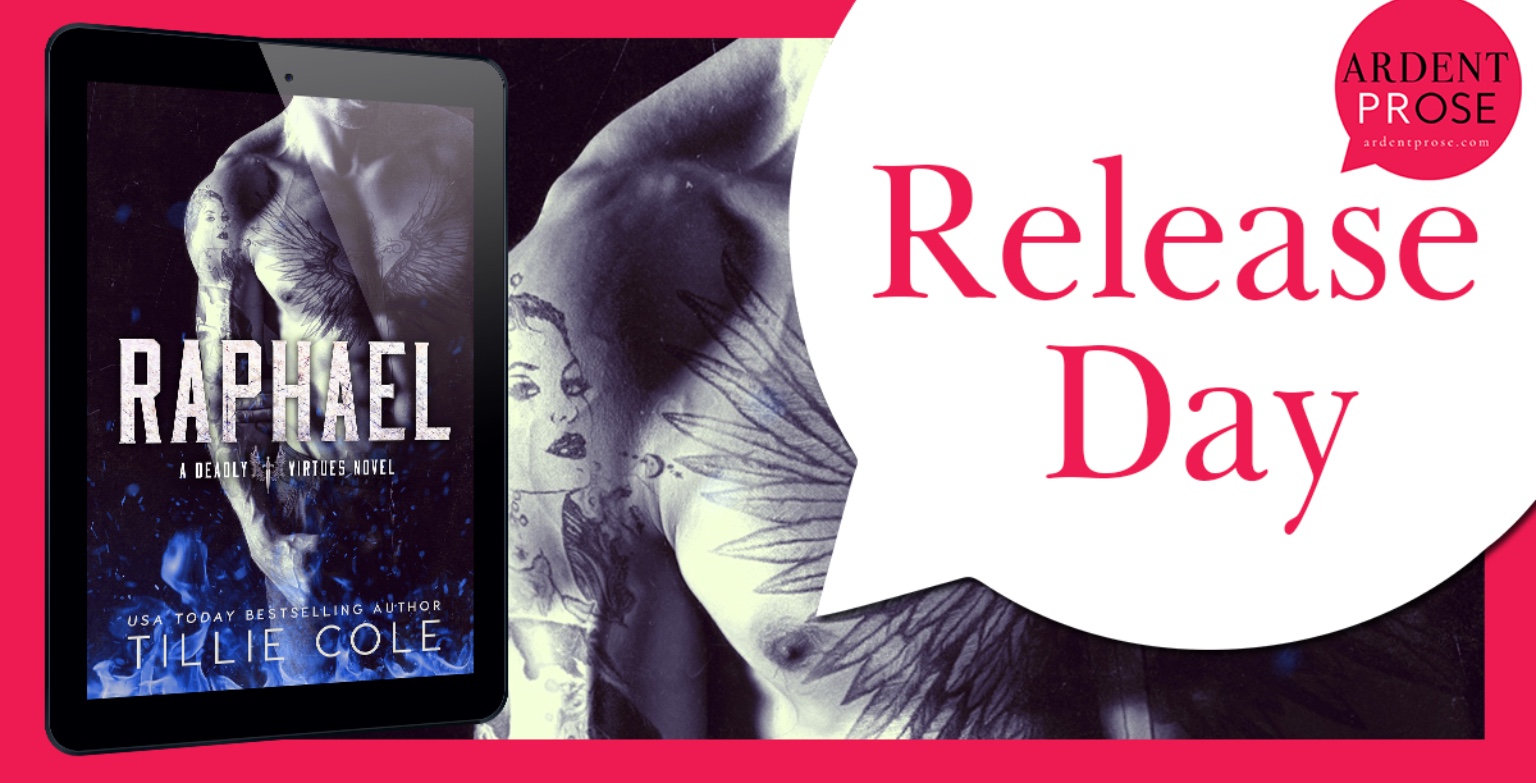 
The Fallen: Genesis a prequel novella in The Deadly Virtues Series and MUST be read before RAPHAEL (DV: book one).

Maria nodded at Father Quinn, trying not to fall into the black well of despair. She had crawled out of the abyss once. She wasn’t sure she had the strength to do so again.

He checked his watch. “It’s past midnight. The club will be brimming with carnal sinners. Do you have your cards?” Maria checked in her purse for the ID card the priests had supplied her with and the card that allowed her into the club. Father Murray told her no questions would be asked of her—it was club policy. “Keep that purse with you at all times. And press that button when you see him, or if you feel you are in danger.” Maria nodded again. Her voice was silent as she mentally prepared for what was about to happen.

Maria made for the door, but Father Quinn stopped her with his hand on her arm. She spun around, and Father Quinn pushed a rosary into her hand. Maria had left hers at the convent for safekeeping. She missed the beads as they slipped through her hands in prayer. “Keep this with you, Maria. Do not wear it around your neck or have it where anyone will see. But keep it with you for courage. To know the Lord and Mother Mary are with you.” As soon as the rosary was dropped into her palm, peace filled her. She looked at the new rosary in her hand and studied the red beads and ornate silver cross, Jesus hanging on the crucifix, redeeming mankind’s sins. On closer inspection, Maria noticed a miniscule “B” carved into Jesus’s chest. “It’s beautiful,” she whispered. “But what does the ‘B’ stand for?”

Father Quinn’s eyes flashed with something she couldn’t understand. But he quickly recovered enough to say, “I was told it was originally to represent the Boston archdiocese.” Maria nodded, although she was surprised she had never seen such a design before. Father Quinn laid a hand on her shoulder. Maria froze. She wasn’t comfortable being touched. Especially by a man. Father Quinn leaned in close. “But I like to think it stands for ‘Baptist.’ As in John the Baptist. The man whose sacrifice paved the way for Jesus to save all mankind.”

Maria let those words wash over her. “I like that too,” she replied and kept the rosary in her hand. She turned to the door and, without looking back, stepped out into the hallway and began her mission.

In the privacy of the elevator that would take her to the hotel’s foyer, Maria tucked the rosary into her left bra strap. If she couldn’t wear it publicly, she would wear it as close to her heart as she could manage.

Her legs were jelly as she crossed the marble floor of the lobby and walked on unsteady feet out into the frigid Boston winter. The club was only a few yards away. Keeping her head held high, she played her part as best she could. Feigning confidence had been the greatest challenge so far. Maria was used to keeping her eyes to the ground, hands clasped in constant prayer. Her hands were not linked, but she could still find peace in her faith. Hail Mary, full of grace, Maria prayed silently in her mind as she approached the liquor store. She walked through the automatic doors and headed to the back room, praying she had the entrance right. A steep staircase awaited her on the other side. A large man stood at the bottom of it. Maria handed him her cards as he looked her up and down with a salacious smirk on his face. Handing back the cards, he opened the gate that allowed her to pass upstairs.

Maria heard the music from inside pulsing against the walls. She clutched her purse tightly. Maria had never been to a club before. Before she was taken by William Bridge she had been too young. When she was freed, she pledged herself to the church. Maria was sheltered in a way most twenty-one-year-olds were not. Normally, she was thankful. Right now, she wished she had some prior knowledge of what she was walking into.

Ignoring her shaking hand, Maria opened the door to the club and almost stumbled at the sight that greeted her. She froze on seeing a woman tied to a wooden stake in the center of the room, bound by leather straps and metal chains. She was naked but for a strip of black material in her mouth . . . and there was a man, dressed in a three-piece suit, flogging her with a thin leather strap. Even over the blasting music, Maria heard the strap lashing, marring the woman’s skin. There was even blood. But what disturbed Maria more was the look of ecstasy on her face.

Maria could barely breathe. There wasn’t a part of her that was functioning as it should. Her breathing and heartbeat were too quick. Her eyes were too wide and her mouth was dry in shock.

What was this place? Maria wanted to run.