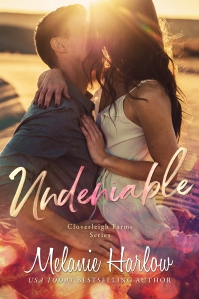 When we were eleven, Oliver Ford Pemberton dared me to jump off a barn roof. He said you couldn’t break a leg from a 12-foot-jump.

(You can also break a collarbone, which served him right as far as I was concerned.)

Because he had the nerve to grow up gorgeous, charming, and sexy. And as we got older, the dares only got dirtier—and the betting stakes higher—until finally, he left me in pieces. I swore I’d never talk to him again.

But twenty years after I took that flying leap, he’s back in my life, daring me to risk everything for him: my job, my self-worth, and my heart.

How many chances does love deserve?

We’d had our ups and downs, but our chemistry was undeniable. We knew exactly how to light one another on fire in every way, good and bad. But that weekend—that weekend—had made me believe we were soul mates. I honestly thought we’d spend the rest of our lives together. I thought I’d been wrong about him. So stupid.

The second book in the “Cloverleigh Farms” series about the beautiful Sawyer sisters and the epic loves that come into their lives, put me on an emotional rollercoaster. I felt a connection to the Heroine, Chloe, but I can’t say the same for the Hero, Oliver. When the Hero doesn’t light that spark for me, it ends up dimming my enjoyment for the story. The plot was entertaining but the angst caused by the total and utter douchery of Oliver, had me seeing red throughout most of the story. This is what I would label a ”frenemies-to-lovers/5th Chance romance”. I honestly lost count as to how many times Oliver strung poor Chloe’s heart out to dry. I only wished that in the end, she made him suffer so much more than she actually did.

Chloe and Oliver were born into their friendship. Their mothers were the best of friends, which meant the two spent plenty of time together throughout their youth and into adulthood. The story goes back and forth from past to present, but it’s really easy to follow and pertinent to the progression of the plot. 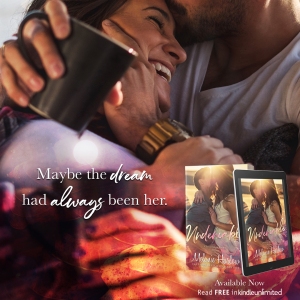 Chloe is trying to expand her family’s business but doesn’t have the money to do it on her own, so her parents convince her to go in as partners with her arch-nemesis, Oliver Pemberton. It’s the last thing she wants to do but when she realizes he’s her only shot, she decides to give the venture a chance. While spending the weekend together looking at a potential location for their expansion, they can’t seem to fight that chemistry that always ran hot between them, but Chloe tries to keep her heart protected. Every time in the past that they’ve come together, Oliver always ended up acting like an immature boy instead of a grown man with integrity. Chloe’s heart was broken time and again. Now it would seem as though Oliver has finally matured from his spoiled rich boy ways, but he’s keeping a huge secret from Chloe. Will this be the final straw that tears the two lovers apart for good?