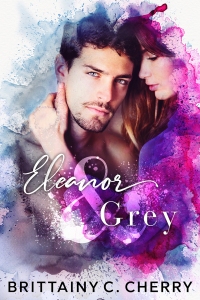 Greyson East left his mark on me.

As the young girl who first fell for him, I didn’t know much about life. I did know about his smiles, though, and his laughs, and the strange way my stomach flipped when he was near.

Life was perfect…until it wasn’t, and when we were forced to go our separate ways, I held on to our memories, let go of my first crush, and wished for the day I’d find him again.

When my wish came true, it was nothing like I imagined.

I couldn’t have known when I took the nanny position that it would be his children I looked after, that my new boss would be that boy I used to know, that boy who was now a man—a cold, lonely, detached man.

The smile and laugh I had loved so much were gone, now distant memories. Every part of him was covered in a fresh pain.

But, sometimes, I saw the boy I’d once known in his stormy eyes. I saw the Greyson who smiled and laughed, who had stolen a young girl’s heart, and there was no doubt in my mind that this boy was worth fighting for.

I was given a second chance with the one who’d left his mark on me. All I hoped was that somehow I’d leave a mark on his soul, too.

We weren’t touching, but I swore I felt him. I felt his heartbeats. When he hurt, my heart cried. When he was in pain, my eyes were the ones to weep. That’s how close the two of us were. Our love story was so much more than a romantic tale. Our story was about friendship. About family. About looking out for those who always looked out for you. His soul was born to be loved by mine.

AMAZING!!! I am so in love with this story and Brittainy C. Cherry right now! I don’t think she has it in her to write anything that isn’t truly exceptional. ”ELEANOR & GREY” is an angsty, heart-felt story of friendship, innocent first love, and an epic romance formed through unimaginable heartbreak and second chances. I loved these characters. From the moment you meet them, you’ll find it hard not to care deeply for them, to feel their pain, and to shed many tears. I truly felt I was put through an emotional ringer from the angst and at times I thought it was beyond torturous, but I get that it made the story that much more poignant.

Eleanor and Grey became friends during their senior year of high school. Ellie was the shy, nerdy introvert, and Grey was the ”IT” guy at school. He was captain of the basketball team and the object of every girl’s affection, but Ellie was not impressed by Grey. She had judged him unfairly and was so completely wrong in her assumptions. Grey, on the other hand, was intrigued by Ellie and saw the beauty in her that others were too blind to see.

Grey comes into Ellie’s life just when she needed him the most. He becomes her best-friend and savior during one of the most painful times of her life. He helps break her out of her shell and together they build a beautiful bond that eventually turns into a sweet and innocent first love. But just as they start to explore this new aspect of their relationship, Ellie’s parents decide to sell their house and move to Florida. They try to keep in touch through emails, texts, and phone calls but after Ellie goes through a traumatic loss, the two eventually drift apart.

I didn’t enjoy this part of the story. I really hate it when a couple that belongs together are forced to go their separate ways and then many years pass before they reunite, and yet I understand that this has to happen in order for the plot to develop and to keep readers engaged. I was so upset that they went about their lives for nearly sixteen years without any interaction and that they were able to love other people.

When Ellie and Grey meet up again, it is not the reunion that I was hoping for and these two are not the same people that they were when they were seventeen. Life has been hard and it’s changed them. It’s Ellie’s turn to be the savior. She’s the one offering to help pick up the pieces and bring light back into Grey’s life. Grey is nothing like the sweet and loving boy he once was. He’s become everything he swore he wouldn’t be all those years ago when they were the best of friends.
Can Ellie help Grey find the sweetness that was embedded deep in his soul before it’s too late? Will Grey open up his heart to love again?

ELEARNOR & GREY is currently available! This is a book you need to drop everything and get to asap!