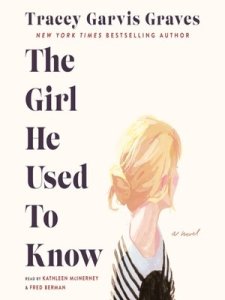 Annika (rhymes with Monica) Rose is an English major at the University of Illinois. Anxious in social situations where she finds most people’s behavior confusing, she’d rather be surrounded by the order and discipline of books or the quiet solitude of playing chess.

Jonathan Hoffman joined the chess club and lost his first game–and his heart–to the shy and awkward, yet brilliant and beautiful Annika. He admires her ability to be true to herself, quirks and all, and accepts the challenges involved in pursuing a relationship with her. Jonathan and Annika bring out the best in each other, finding the confidence and courage within themselves to plan a future together. What follows is a tumultuous yet tender love affair that withstands everything except the unforeseen tragedy that forces them apart, shattering their connection and leaving them to navigate their lives alone.

Now, a decade later, fate reunites Annika and Jonathan in Chicago. She’s living the life she wanted as a librarian. He’s a Wall Street whiz, recovering from a divorce and seeking a fresh start. The attraction and strong feelings they once shared are instantly rekindled, but until they confront the fears and anxieties that drove them apart, their second chance will end before it truly begins.

This book is perfect. I devoured every word; the characters were multidimensional, and as I discovered every side, and every layer of their personalities, and their relationship, I couldn’t help but fall in love with this book.

Annika and Jonathan first met in college. They both love to play chess and they were paired to play together while attending a chess club meeting. Annika is very peculiar about her game, and she didn’t like that her usual game partner switched with Jonathan, so she’s not impressed with him at all, even if he’s gorgeous.

Jonathan is stricken by Annika’s beauty, and also the intensity in which she plays her game. By the time she calls checkmate he’s completely smitten with her. But not Annika, she’s different than most girls and won’t make things easier for Jonathan.

They become friends and then lovers. A beautiful and tumultuous romance that ends after Jonathan graduates college. They never forgot their college romance, and when they run into each other 10 years later, well… things get interesting.

Imagine losing the love of your life when you were young, that first heartbreak that is hard to move on from, and then imagine what would you say to them if you saw them again, years later…

Annika was different, but Jonathan loved her like no one else could. And he was her first and her everything. Can they get a second chance or will they simply hug goodbye, for good this time?

I absolutely adored everything about this book. The writing style was exquisite and the characters are unforgettable. This author is simply brilliant, and she wrote yet another amazing book, one definitely not to miss.

I can hardly remember the names of the girls who came before her, and after her, there was only Liz. But I can recall with unbelievable clarity almost everything that happened during the time I spent with Annika.
Probably because no one has ever loved me as fiercely and unconditionally as she did.

”Did you ever fall in love with a girl who was different? Not just from any girl you’d ever dated before, but from most people in general?”

This story was INCREDIBLE!! It’s definitely a page-turner! I mean, I could hardly put the book down. I fell so in love with the characters and their story and hoped with all of my heart that they would finally get that happily ever after they so rightfully deserved. This is a story about beautiful first loves, heartbreak, and second chances. The ending had my heart pounding out of my chest and it felt like I was balancing on the edge of utter devastation or pure joy!

The story starts off in the present which is 2001. Annika and Jonathan run into each other at a local grocery store in Chicago. It has been ten years since they last saw each other. You can feel that although their relationship ended, that there are many unresolved feelings between them, and then we are brought back to the past when they met during their senior year of college. Right from the start, we can tell that Annika faces challenges that most people never have to deal with. Everyday social queues that we take for granted, are quite difficult for Annika to decipher. Her roommate is her one and only close friend who often has to help her understand certain peoples’ motives. Janice was an angel and such an amazing friend to Annika. I loved the dynamic between them.

When Annika meets Jonathan at chess club, she’s a little closed off at first since he messes with her routine, but something about him eventually makes her feel at ease, and she does feel an intense attraction towards him. Jonathan is captivated by Annika’s beauty and her honesty. I think he definitely picked up on the challenges she faced but he also admired her for her determination to make things work with him. Jonathan never treated her as if she weren’t a normal girl nor was he ever embarrassed by her behavior.

His love for Annika helped to push her to do many things out of her comfort zone and in turn she gave him the love that he so deeply needed. But then life throws tragedy their way which ultimately results in their relationship’s demise.

Ten years have passed and it looks like there might be a second chance for Jonathan and Annika. Will they be able to put old heartbreaks to rest and start on a new journey together?

Make sure you have something strong to get you through the ending of this story. It wasn’t anything I expected and although it tangled me up inside, I also couldn’t help but feel so much admiration for Annika’s strength and determination!

”THE GIRL HE USED TO KNOW” is currently available! This is a story that you will fall crazy in love with!