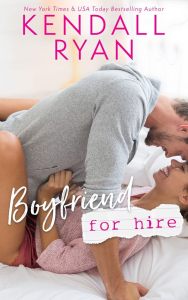 I’m the guy you call when you need to impress your overbearing family, your boss, or your ex. Yeah, I’m a male escort, but not just any escort, I’m the escort. The one with a mile-long waiting list and a pristine reputation that’s very well-deserved.

I’m the guy who’ll make you feel beautiful, desired, and worshipped . . . all for a steep price. I’m hired to make you shine, and I always deliver.

I’ll be whatever you want me to be for one night—except my true self. This is just a job, a role I play to earn a paycheck.

But I’m not the guy who falls for a client. Not once in six years.

And then I meet Elle. Her friend has hired me to escort her to a wedding, but Elle doesn’t know we’re just pretending.

There’s a fire between us I never expected. A connection I haven’t felt in so long. One kiss, and I’m losing all control.

But what will happen when she finds out who I really am?

I’m the guy you call when you need to impress your overbearing family, your boss, or your ex. Yeah, I’m a male escort, but not just any escort, I’m the escort. The one with a mile-long waiting list and a pristine reputation that’s very well-deserved. 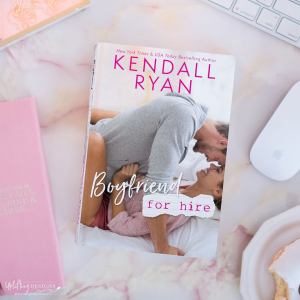 Nic Evans is one of Chicago’s most sought after male-escorts. His clientele ranges from recently divorced women looking for some good old “no strings attached” fun and an elderly woman who wants him to pretend to be her grandson so she can show him off to all her stuffy socialite friends. Nic has been in the business for the past six years and has done really well for himself. He hasn’t had time for a serious relationship nor has anyone ever piqued his interest…until he gets hired by a woman to be her best friend’s date to her wedding. She tells him that he has to pretend to be an old college friend who recently moved to Chicago because her friend must never know he’s a male escort. 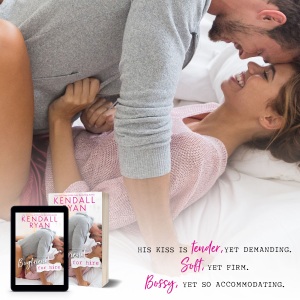 Elle has recently been dumped by her boyfriend who quickly found a replacement, and unfortunately, he’s going to her brother’s upcoming wedding. But Elle’s best friend, Christine, has hooked her up with an old college buddy who turns out to be stunningly handsome. Elle is instantly drawn to Nic, not only for his looks but he turns out to be charming and sweet. 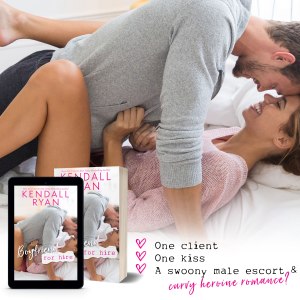 Nic is in serious trouble because for the first time he’s deeply attracted to a client and her friend has made it clear that Elle is off limits to him. Nic knows that once Elle learns the truth about him that there’s no way she’ll want to be with him, but two nights is not enough for both of them. They end up seeing each other after the wedding and unbeknownst to Elle, for the first time Nic is trying to woo a woman for real. He tries hard to go slow and to date Elle properly, but the passion that has been building between them will be simply impossible to ignore.

Will Nic be able to hold on to the woman he loves once his secret is revealed?

BOYFRIEND FOR HIRE is currently available!