Ten years after Simone Payton broke his heart, all Roscoe Winston wants is a doughnut. He’d also like to forget her entirely, but that’s never going to happen. Roscoe remembers everything—every look, every word, every single unrequited second—and the last thing he needs is another memory of Simone.

Unfortunately, after one chance encounter, Simone keeps popping up everywhere he happens to be . . .

Ten years after Roscoe Winston dropped out of her life, all Simone Payton wants is to exploit him. She’d also like some answers from her former best friend about why he ghosted her, but if she never gets those answers, that’s a-okay. Simone let go of the past a long time ago. Seriously, she has. She totally, totally has. She is definitely not still thinking about Roscoe. Nope. She’s more than happy to forget he exists.

But first, she needs just one teeny-tiny favor . . .

Dr. Strange Beard is a full-length romantic comedy novel, can be read as a stand-alone, and is the fifth book in the USA TODAY bestselling Winston Brothers series.

DR. STRANGE BEARD, the fifth and latest installment of the Winston Brothers series is Roscoe Winston’s story and it’s a friends-to-lovers/unrequited love romance. Roscoe is another quirky but utterly lovable character like his siblings. I was rooting for him to get his girl!!

Roscoe and Simone were the best of friends in High School, but Roscoe had always harbored a secret crush for Simone. One day he decides to confess his feelings for her but Simone doesn’t react the way that he had hoped she would. She rejects him based on her fear that moving to a romantic relationship could end up destroying the friendship. Roscoe is so heartbroken that he cuts off all ties with Simone.

It’s ten years later and Simone is back in town. She moved away and has a career with the FBI, but would come home on weekends to visit her parents. Roscoe always made sure to keep his distance from any place he might run the risk of bumping into Simone because even ten years later, he still hasn’t gotten over the heartbreak. But now Simone is back for the foreseeable future and Roscoe is forced to interact with her. What he doesn’t know is that she’s working undercover for the FBI and her mission involves the motorcycle gang, the Wraiths, that his father is a member of. She tries to rekindle the friendship with Roscoe in hopes of helping her with her FBI assignment, but there also might be some feelings she tried to deny that are bubbling to the surface. 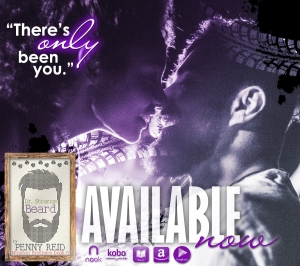 Will Roscoe be able to open up to Simone once more? Or is the fear of rejection going to keep him closed off to the possibilities with her? What will become of these two when the real reason Simone has come home is revealed?