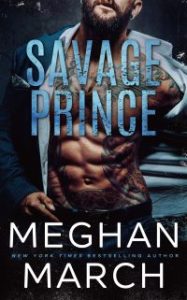 Who knew things could get even darker and dirtier in New Orleans? New York Times bestselling author Meghan March introduces the Savage Prince of the city, the man you never want to meet.

* * *
I do what I want and who I want. I don’t follow anyone’s rules—even my own.
I knew I shouldn’t touch her, but it didn’t stop me.
Didn’t stop me the second time either. Only made me want a third.
My lifestyle suits the savage I am, and she doesn’t.
But Temperance Ransom is my newest addiction, and I’m nowhere near ready to quit her yet.
I’ll have her my way, even if it means dragging her into the darkness.
Hopefully it doesn’t kill us both.

* * *
Savage Prince is book one of the Savage Trilogy, set in the same world as Ruthless King, however you do not need to read the Mount Trilogy to devour this scandalously hot new trilogy.

I don’t know anything about him except he’s dangerous. At least, according to Magnolia. But even that doesn’t curb my growing addiction. My rational brain tells me I can’t keep doing this. That tonight has to be the last time. It’s not smart. It’s not safe. But my body disagrees. I have to keep doing this.

SAVAGE PRINCE is book one of a spin-off trilogy of the ”Mount” series. It is a standalone series but you may want to read the Mount Trilogy because it will give you a better sense of the kind of environment the main characters come from and it was a super sexy and action-packed thrill ride. This story didn’t take long at all to dive into the steamy bits and from what I can tell so far it might just tip the scales in the sexy department.

As the COO of the Seven Sinners Distillery, Temperance Ransom is Keira Kilgore’s trusted second in command and friend. She’s come a long way from the wrong side of the tracks that she grew up in. While she is happy with her career it does take up most of her time and it’s been quite a while since she’s had a man in her life. On her way to what she thought was a business meeting she somehow ends up in one of New Orlean’s most exclusive sex clubs. It is there that she meets a masked stranger with piercing blue eyes who knows how to fulfill all of her sexual desires. After their first encounter, Temperance becomes addicted to this man. 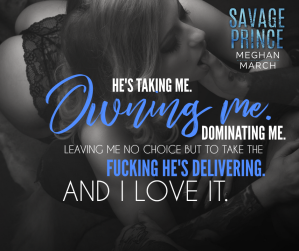 While she has no idea who the masked man is, she is warned by a friend who works at the club, that he’s dangerous and that she shouldn’t get attached. Even though her gut is telling her to stay away, she can’t seem to resist meeting up with him whenever he sends her an invitation. Temperance is starting to develop real feelings for this man and it upsets her because she doesn’t even know his name.

Temperance is in for a rude awakening when the sexy stranger’s identity is revealed. Their affair might be over before it even has a chance to get started.