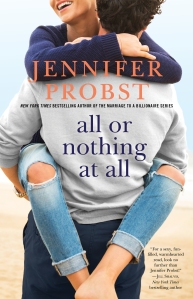 Tristan Pierce left the family business to carve out a life of his own, but never forgot his passionate affair with the much younger, inexperienced Sydney Green, or the hurtful break-up that tore him apart. When he’s forced to return home and face his past, will he be able to carve out a future, or will lies ruin his second chance at love?

Sydney Green loved Tristan her entire life, but when he left, he took not only her heart, but her trust with him. Now that they’re together again, it’s time they both face the biggest secret of all….

The block trembled and broke apart inside his chest. He lowered his forehead to hers, and tears began slipping from his eyes as he finally cried since he’d heard the first love of his life had left him forever. She stroked his hair and kissed his cheeks and held him through his tears. And he knew then that Sydney was part of his soul and had changed him forever.

This was hands down, my FAVORITE in the ”Billionaire Builders” series! Throughout each installment, we were given tiny pieces to Tristan and Sydney’s story. It was obvious that they shared a past that was filled with heartbreak and regret which later turned into intense resentment on both sides and out of all the couples in this series, these two intrigued me the most. Tristan was my favorite Pierce brother! This story was packed with angst, smoldering steam, and utter heartbreak which at times had tears streaming down my face. Jennifer Probst has written another sensational series! If you love the ”friends to lovers/second chance romance/enemies to lovers” tropes, then you will definitely want to check this one out!

Tristan Pierce has always been the level-headed brother who keeps his emotions well hidden from the outside world. To most people, he may seem cold but a few who are close to him know that his strained relationship with his father and then the devastating loss of his mother had affected Tristan deeply. The one person aside from his mother who was closest to him was Sydney Greene. Sydney has known the Pierce family since she was a young girl. She’d been in love with Tristan at the tender age of eight. Since there was a huge age gap between them, Tristan only saw her as a little sister, but all that changed when she turned eighteen.

Sydney was raised by her grandparents after her parents abandoned her. She spent most of her childhood years hanging out with the Pierce brothers and their parents considered her to be the daughter they never had. She adored the family but Tristan had always captured her heart. When he finally notices her, they carry on with a secret affair because they knew if Tristan’s family ever found out there would be hell to pay since they were so protective over Sydney. But everything falls apart when Tristan’s mother dies a year later. Overcome with grief, and fed up with his father’s constant criticism, Tristan announces that he is moving to New York City. He asks Sydney to come with him but she was only nineteen and her whole life revolved around her job at Pierce Family construction. But mostly it was the fact that Tristan had never told Sydney that he loved her. She was afraid to run off with him because although he was the love of her life she doubted she meant the same to him.

When Tristan comes back home six years later there is obvious hostility brewing between the two. So much that was left unsaid and misunderstandings kept their true feelings buried deep in mutual heartbreak. A huge project that could land the Pierce brothers a contract with a very successful real estate businessman from NYC ends up forcing Tristan and Sydney to work closely together. Although they may seem to despise each other, deep down there’s a burning lust that neither of them was going to be able to contain and when they give in to their desires it’s like a dam breaks and it becomes impossible to keep their hands off each other. Tristan lost Sydney once but he is determined to claim her and nothing is going to get in his way – or so he thought.

A painful secret is revealed and it just might be something the couple will never be able to recover from. Hearts will be shattered and lives will be forever changed.

ALL OR NOTHING AT ALL is currently available! It can be read as a standalone but I would recommend that you read the previous books because this happens to be one of Jennifer Probst’s best! Her fans are sure to enjoy it!

Sydney Greene is a single mother to a beautiful six year old little girl. She’s worked at Pierce Brothers Construction in some capacity since she was sixteen. She practically grew up in the Pierce household, & they are like family. She’d proven herself at the office & she wanted more. Tired of being in the background she intended to fight for and get everything she deserved & had worked for all these years.

Sydney built her own life & now her focus was work & her daughter. She had no time for thinking of the past, but her ex made that difficult. Tristan Pierce, the middle Pierce brother had owned her heart since she was about eight years old. She’d always followed him around as kids and been treated like a little sister. Always hoping one day he’d finally see her. She saw how special he was. He was the kind, laid back, reserved one who was often closed off. She’d spent her entire youth trying to get him to notice her until one day he finally did. She’d adored him until he broke her heart & left her. He’d been struggling to find his place & clashing with his family. He wanted to renovate & flip houses, and he moved to New York & left Sydney behind in Harrington. He left the family business to follow his own path. Now he’s been back home about a year, & Sydney is having trouble being around him & pretending to be unaffected.

-She’d tumbled into love with him at only eight years old, and he’d been haunting her ever since.

-He’d always had a way of looking at her as if he owned her.

-Whether he was closing a deal or stripping off his clothes, he’d always held an innate animal grace that buckled her knees.

-His analytical mind was as droolworthy as his body. Hard, supple muscles balanced with a beautiful grace most men could never pull off.

-His thoroughness was legendary. Tristan was able to see a problem at all angles and attack it with a single-minded intensity and level of control. He’d once brought that same talent to the bedroom, concentrating on wringing pleasure from her body with a thoroughness that ruined her for all other lovers.

Tristan has been back home about a year & has tried avoiding Sydney, but he still isn’t over her. She’s always been important to him, & he never forgot her. She’s pure temptation for him. Their physical connection was always explosive, & he’s having trouble pushing aside his attraction & feelings. He needs to stick to business since they will be working together, but he can’t help the way he craves her. She’s no longer the shy, uncertain girl, but a confident, self assured woman. Her ambition turns him on. She was in control & it was sexy as hell watching her take charge. They still shared such a strong connection & chemistry. They try fighting their feelings, but their is still so much between them. Tristan decides he wants Sydney back & he’s determined to get a second chance. He will prove she can trust him again & that he isn’t going anywhere. He knows they belong together & is prepared to fight for her.

I really loved this book & this whole series. All the Pierce brothers have the biggest hearts and are super swoony and hot!!! Tristan’s book is packed full of emotion. Secrets. Lies, love, & angst combine for an incredible story!

-“I just want you. I want a second chance at your heart.”

-She was the only one who’d stripped down all of his layers and truly saw the man he was. And she’d loved him anyway.

-It was as if she held the secret part of his heart after all these years and given it back.