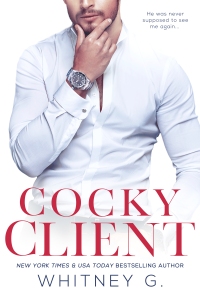 Today is officially the worst day of my life…

I woke up five hours late after a reckless one-night stand with the sexiest, cockiest, and most arrogant man I’ve ever met. (And this asshole actually left a note: “I think you were lying to me about being “experienced” last night. You orgasmed three times, and that was before we made it to your bedroom. I also find it hard to believe you “usually wear silk or lingerie.” Your drawers are all full of cotton granny panties–The best man you’ve ever fucked… )

My top two PR clients left me for my number one competitor, my roommate accidentally bleached my best suit, and my favorite coffee shop was shut down for “health concerns.”

Still, none of those things dimmed my excitement for what was supposed to be the best four o’clock signing session of my career. I was on the verge of signing the highest paying client in my company’s history, taking on a so-called “impossible” job that no publicist had been able to handle.

But at four o’clock, there was no athlete, television personality, or celebrity who showed up. Instead, that sexy, arrogant one-night stand stepped into my office with his familiar panty-wetting smirk and introduced himself as my new, cocky client…

I am a big fan of this author but I’m even a bigger fan of this Steamy Coffee Collection. Every time I open one of these books I get exactly what I want. Great banter, lots of passion and tons of entertainment. These books are the equivalent of taking a shot; quick, fiery and you know you’ll have a great time… 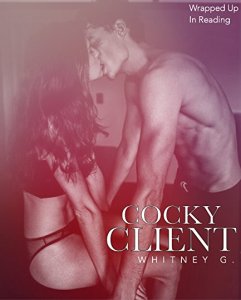 In this third installment, we meet a sexy and very cocky CEO. Ryan Dalton is a hugely successful real estate investor who happens to love sex. He is handsome and very good in bed so he’s always on the hunt for his next best lay. The problem is his business is constantly being splashed all over the media and he doesn’t help his case by flaunting his ways or by being totally unapologetic about his sex life.

Ryan is in desperate need of a new PR company. He’s been dropped by almost every PR agent in the city and now his reputation is actually hurting his business. Penelope Lauren doesn’t take crap from anyone, She’s trying to grow her PR company but it hasn’t been easy. Now she’s presented with the opportunity of a lifetime, will she take on the cocky client every other company refuses to work with?

And what happens when you meet your new client and he turns out to be the sexy one night stand you can’t stop thinking about?

I can’t even begin to tell you how much I loved this book. Ryan and Penelope are fire together. This book was the perfect combination of all the things I love in my sexy reads. I can tell that author Whitney G. created these books with the sole purpose of giving readers a good ‘Ol time. Cocky Client is absolutely fantastic!!!! 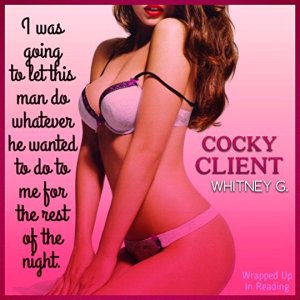 Penelope Lauren is a gorgeous, single woman living in New York. She owns & runs a small PR firm in Manhattan called Penelope Lauren and Associates. She’s a publicist who caters to mostly high profile clients and is trying to grow her business. Professionally she’s in a good place, but her personal life is at a stand still. She hasn’t slept with anyone since her ex, & is in need of some male attention. She gets herself all dolled up & heads out to a club. She meets a sexy stranger at the club & ends up having the best sex of her life.

-He was sexier than any man I’d ever met in my life.

-I could already tell that this man was beyond cocky. That he knew just how damn attractive he was and he knew how to use his sexiness to get exactly what he wanted.

Ryan Dalton is a self-made real estate tycoon & the CEO of Dalton International Estates and Realty. He’s well known in the media as an arrogant, billionaire playboy. His reputation precedes him in this city, & nobody wants to deal with him anymore. He can’t seem to keep a publicist with all his constant scandals and needs a new PR firm to help him clean up his public image. 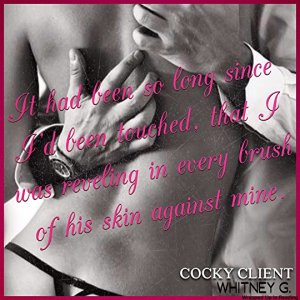 Penelope has a meeting with a new secretive mystery client who has yet to reveal his identity. Her ex has been taking her clients, so she really could use a wealthy high profile client. She is completely stunned when she realizes her newest client is her unforgettable one night stand, Ryan. She soon figures out he’s cocky & impossible to work with. They drive each other crazy and can’t agree on anything. She will only be representing him for a limited time, so they try to be professional. Eventually the sexual tension between them becomes too much to deny. They can no longer resist one another and real feelings develop.

I really enjoyed this third standalone novella in the Steamy Coffee Reads Collection. It was my favorite in the series. Super hot, sexy, & a fun flirty read!

I could already tell that this man was beyond cocky. That he knew just how damn attractive he was and he knew how to use his sexiness to get exactly what he wanted. 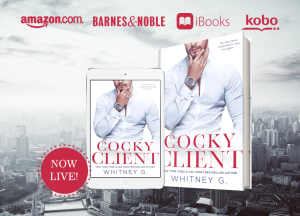 The ”Steamy Coffee Collection” series has been a fun and guilty pleasure for me. Whitney G knows how to write truly naughty stories that are extremely addictive and get my temperature rising. These novellas were written to give readers pure entertainment without a substantial plot. I wasn’t the least bit surprised at how much I ended up loving this series. Whitney G is unequivocally one of my top favorite authors. There isn’t anything I wouldn’t read by this author.

Penelope is the CEO and owner of Penelope Lauren & Associates, a small public relations firm. She spends all of her time trying to build her business and increase her clientele. This leaves no time for a personal life. It’s literally been years since she’s been with a man. Penelope decides that it’s time she puts an end to her dry spell and goes out to find a man to have a hot one night stand with. She ends up meeting one drop dead gorgeous man who takes her back to her place and nearly blows her mind with an all-night sex fest. Her world was so completely rocked by this guy that the next day she is almost five hours late to work, which has NEVER happened before since she has always been OCD about punctuality. Penelope’s anxiety level is skyrocketing because she has a meeting with potentially one of the biggest clients her company has ever acquired. When the client shows up hours late to their meeting it is to her utter dismay that he turns out to be the man who is responsible for giving her multiple orgasms the night before.

Ryan Dalton is one of New York’s biggest real estate moguls. His corporation is worth billions and he is the CEO but his board members and his brother have been less than happy with him lately due to all that bad publicity he has been generating. His wild playboy ways and foul mouthed vocabulary during interviews has been shining a negative light on his company. If he doesn’t clean up his image soon Ryan could end up losing his title as CEO. There have been countless PR firms that have tried to help but his belligerent attitude and unwillingness to cooperate have caused every last one of them to drop him as a client. Penelope’s firm just might be his last chance and he is more than amused when he walks into her office and discovers that she’s the woman he spent the previous night with.

Ryan has been every publicist’s worst nightmare and he tries to be stubborn and impossible with Penelope at first, but he quickly learns that she is not like the others and doesn’t take any of his bullshit. Ryan has finally met his match. It will be a battle of wills to keep things professional and ignore the insane chemistry that they have together. Eventually, it becomes impossible for the two to fight the lust that has been building between them.

Will Penelope lose one of her biggest clients along with her professional reputation or could she quite possibly keep the client and win the heart of New York’s notorious bad boy?