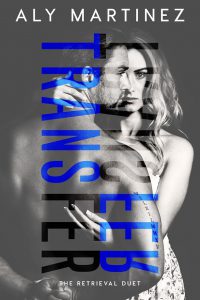 I fell in love with a man who didn’t exist.

What started out as romance ended in hell.
His words turned to razor blades.
His kisses converted to fists.
His embrace became my cage.
His body transformed into a weapon, stealing parts of me until ultimately….
I broke.

I hated him.
My sole job in life became to protect our daughter.

I wasn’t sure I’d ever escape the prison he’d skillfully crafted from my fears.
Until the day our savior arrived.

This is the story of how I escaped the man who thought he owned me.
The transfer of my life and my family.

*****FIVE STARS*****
{ARC Generously Provided by Author}
She was beautiful; no one could deny that. But she had this glimmer in her defeated eyes that spoke to my soul in ways others could never understand. 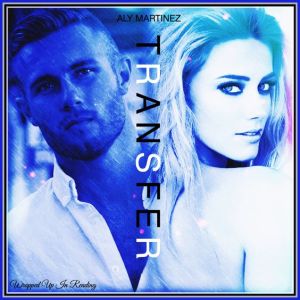 I am totally and completely BLOWN AWAY by The Retrieval Duet series!! How can you go wrong with a series that hasTWO incredibly sexy and alpha male heroes, and two kickass heroines??!! I fell so completely head over heels in love with Roman during the first book that I didn’t think my heart could be stolen by another–BOY WAS I WRONG!!!! If you haven’t read RETRIEVAL yet, then this is where I will tell you to skip the rest of my review because I will be revealing something that you don’t find out till the very end of that one. For those of you who have read Retrieval, get ready to fall in love with a new Hero!! Heath Light is equally as alpha and swoon-worthy as Roman, if not more!!!

The story picks up where the previous book left off. Heath and Roman were able to rescue Clare and Tessa from Walt. Unfortunately, Walt has escaped and has gone into hiding. While at the hospital, Clare learns who Luke/Heath really is and at first has feelings of resentment but she’ll soon come to see that this man was her savior and possibly even her soul mate. Since Walt is still on the loose, Clare and Tessa end up staying at Roman and Lissy’s home, where they have a top of the line security system and a ton of body guards to guarantee their safety. Everything is rapidly changing in Clare’s life and nothing is certain anymore. She struggles with her fears of the unknown and of whether or not Lissy will try to claim Tessa since she is her biological mother. Heath is always there by her side to provide her the calm and stability she so desperately needs. Little Tessa has also formed an intense bond with Heath and there isn’t anything he wouldn’t do to keep those two safe and happy. 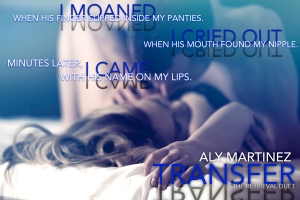 Heath’s boss tries to kick him off the Walter Noir case due to his connection to Clare, but there isn’t anything or anyone that is going to keep him from protecting the woman and child that he has grown to love. So he promises that he will keep it professional with Clare. That will prove to be quite impossible for Heath when Clare turns to him for more than just comfort and let’s just say I felt my own temperature rising when Heath lets Clare take what she REALLY wants from him!! 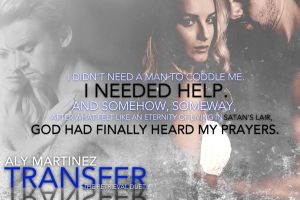 During their time together the two couples will form strong friendships and Tessa finds herself surrounded by a new blended family to shower her with an abundance of love. But all is not roses and rainbows as Walt still poses to be a very dangerous threat to not only Clare and Tessa, but to those around them too. 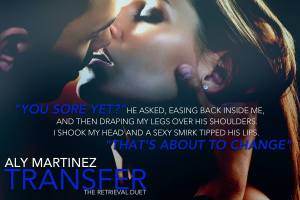 Get ready to be taken on an action packed thrill ride with an added healthy dose of steam that makes this one hell of a knockout read!! I would dare to even say that this is by far my favorite series by Aly Martinez!

TRANSFER is currently available! If you have not started this series yet, you surely need to bump this up your TBRs!!