Alice Bennett has been holding a torch for her older brother’s best friend, Nate, for more than a decade. He’s a hotshot TV producer who travels the world, never staying in San Francisco for too long. But now he’s in town and just as tempting as ever… with a bossy streak that makes her weak in the knees and a smile that melts her defenses.

As a successful restaurant owner, Alice is happy with her life. She loves her business and her family, yet after watching her siblings find their happy ever after, she can’t help feeling lonely sometimes—but that’s only for her to know.

Nate has always had a soft spot for Alice. Despite considering the Bennetts his family, he never could look at her as just his friend’s little sister. She’s a spitfire, and Nate just can’t stay away. He loves making her laugh… and blush.

Their attraction is irresistible, and between stolen kisses and wicked-hot nights, they form a deep bond that has them both yearning for more.

But when the chance of a lifetime comes knocking at his door, will Nate chase success even if it means losing Alice, or will he choose her?

Charming and alluring, this book was just what the doctor ordered. Nate and Alice’s story was as delicious as eating a piece of chocolate cake but without the calories, and I couldn’t have enough. 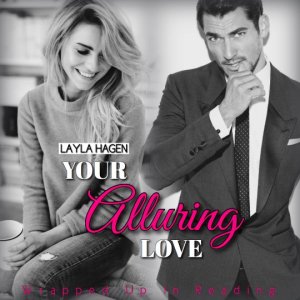 Alice Bennett is the happy restauranteur, with a sharp tongue. Her sassy attitude and sharp instinct have taken her exactly where she wants to be in life. Regardless of her brother’s success in the luxury jewelry business, Alice has achieved triumph on her own with her restaurants. She knows she can count on the full support of her loving family any time she might need it, but independence has always been important to her.

Alice has always been attracted to her older brother’s friend Nate. He is a very successful TV producer and his job has him constantly traveling, all over the world. Even though both Nate and Alice have always liked each other, timing and logistics have never been on their side.

Nate is in San Francisco for two weeks before he has to move to London indefinitely, for his next project. When Nate was a young boy he became an adopted Bennett. When his parents had divorced and he needed love and attention, The Bennett’s were always there for him, so he’s looking forward to spending time with them before he has to move to London.

Alice and Nate can’t help but be drawn to each other, and Alice is helpless against Nate’s Alpha male tendencies. It’s not long before these two succumb to their strong desires. Can they gamble and play a sexy game, or will they put everything on the table, without caring about the consequences and risk ending up with a broken heart?

I know I’ve said it before, but I’ll say it again; this series keeps getting better and better with each book. Every single member of the Bennett family has an amazing character trait that simply makes for the best stories. Together or individually they are all a hit! These books are always sexy and highly entertaining. I really hope this author continues to write about these characters forever. A delightful read, not to miss!